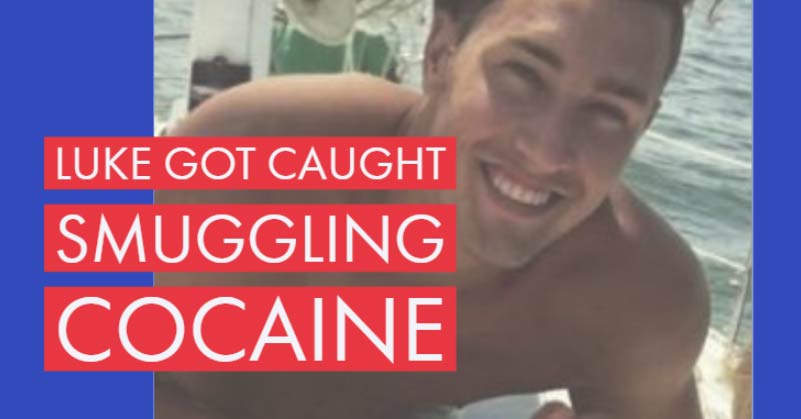 Luke remembers that day in January of 2016 pretty vividly. He was just 23 years old, recently graduated from college with a degree in engineering, had his whole life ahead of him. On that particular day, he was in Ft Lauderdale, Florida and he went into a Subway fast food restaurant and bought a couple of bottles of water. He was feeling very sick, and he knew exactly why he was sick, and it wasn’t food poisoning. He knew that the awful feeling in his gut was because a little rubber packet had burst inside his stomach, and some very high quality cocaine was now flooding into his insides. Shortly after this happened, he would be in a coma, and he was in that comatose state for 10 days.

As you might imagine, Luke has a pretty interesting story to tell. And we talked about every detail. He told me about why he made the decision to travel to Panama in order to smuggle cocaine into the US. How he researched it and planned the whole process, even though he had never done anything like this before. What it was like to be in a coma, and what it was like to come OUT of a coma. And then, the next sort of chapter in his big adventure – going to prison, and how he was able to get through that.

What you’re going to notice about Luke is that he’s no dummy. He’s very intelligent and well spoken, and he has a really positive outlook on life. He also has a lot of confidence in himself and his abilities, and although usually self confidence is a GOOD character trait, in this case it was partly to blame for him making the bad decision to make some quick money. He figured, high risk, high reward, but he also did as much as he could to minimize his risk. But… it just didn’t work out the way he expected it to.

This was a fun conversation and I definitely learned a few things, and I think you will too.

Update: VICE heard my podcast conversation with Luke, and decided to make a documentary about what he went through. Luke’s story is Season 1, Episode 1 of the new VICE series called “I F*CKED UP”. You can view it here:
https://youtu.be/o1-_CV-6C4Y