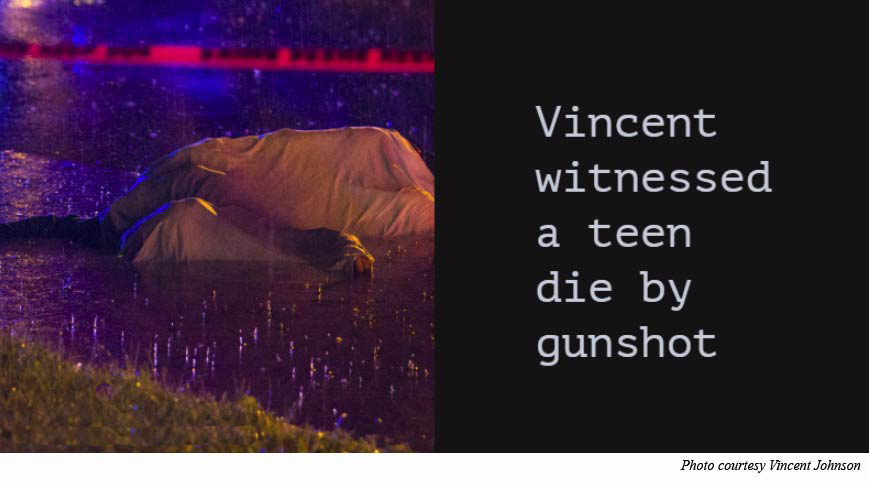 Vincent lives and works in Chicago as a photojournalist. He takes a lot of pictures, and a lot of those pictures include crime scenes. In his line of work, he’s used to getting the call, and going to where the news is happening.

But there was one night when he didn’t have to go anywhere. The crime scene was just outside his front door. That was the night 17 year old Michael Patton was gunned down during a thunderstorm.

Vincent heard the shots, and ran outside while his wife called 911. The teenager had been shot in the chest and in the head, and he died while Vincent held his hand.

We talked about Vincent’s perspective on this experience, both as a photographer and journalist, and as a father. An experience like this is certainly something that none of us wants to go through.

If you’d like to contact Vincent, or see some of his photography, you can do so by checking out a project he’s currently working on, called Lost Americana. You can see that at lostamericana.com.

Article written by Vincent about the incident