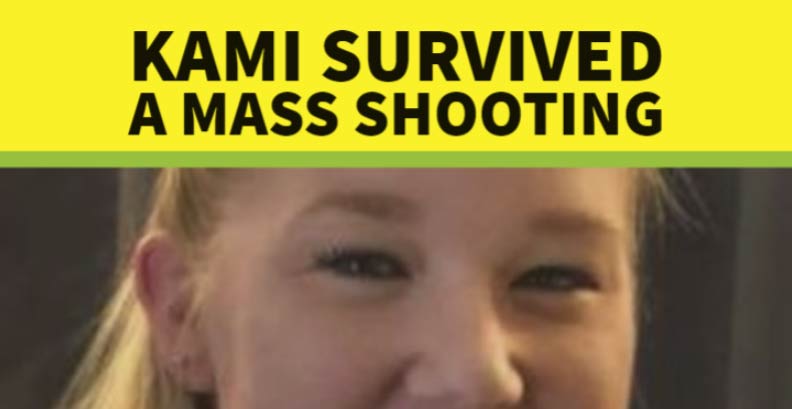 His target was the crowd of 22,000 people in the open field below his room. These people were attending the final night of the 3-day Route 91 Harvest Music festival. Country singer Jason Aldean was performing when the shooting began.

The end result was that 851 people were injured, and 58 people died. This incident is the deadliest mass shooting committed by an individual in the history of the country. The shooter also shot and killed himself, so the motive for the killing will probably never be known.

But this story isn’t about the cowardly killer. It’s about a young lady named Kami. Kami lives in California, about 4 hours away from Las Vegas, and she was at the Harvest Festival with her parents, and her husband Eli. She was there when the shooting began. She saw the terror on people’s faces as they ran for safety, and she saw the unfortunate ones that didn’t make it.

And here’s another critical fact that will be an important part of Kami’s story. She was at the festival for all three days. Day 3 is when the shooting took place. On day 1, she learned that she was pregnant.