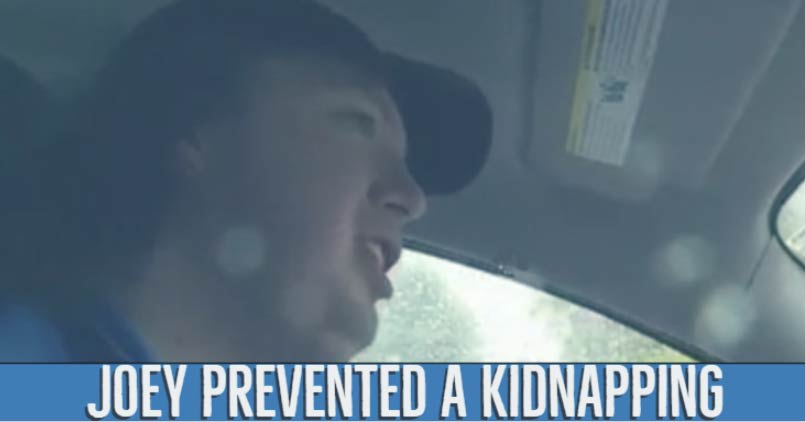 What I’m about to tell you is based on a criminal complaint and investigation. All suspects are presumed innocent until proven guilty in a court of law.

This happened in Waldo, Wisconsin.

Thursday, September 27, 2018. Just after lunchtime, around 1 pm. Dean Hoffman entered the home of his former girlfriend, whose name I’m not going to mention. He was not invited in; he came in without permission. She told him to leave, and she started to call the police. He stopped her from calling, grabbed her by the waist, and pushed her backwards into the stairs that led to the second floor. He pulled her hair, ripped her shirt, and dragged her up the stairs. He punched her, causing a bloody nose and a black eye.

He locked them both in the bathroom for about a half hour while she tended to her bloody nose. Then he tied her up, and kept her from leaving her own house for the next several hours. He even used HER phone to text her children, who lived nearby, telling them that she was sick and not to visit for a few days.

Then he made a mistake. He ordered a pizza from Dominos.

The delivery driver that brought the pizza was Joey Grundl. While the suspect was checking the pizza, Joey was able to make eye contact with the victim, and she communicated with him silently that she needed help. And because Joey was alert and willing to help, the story has a happy ending. The woman is safe, and Dean Hoffman is behind bars.

Pretty exciting night for a guy who expected to just bring some food and collect some money. Like most people who are in some kind of situation like this, he said he doesn’t consider himself a hero. But he is.

And check this out – not long after this happened, Joey was at a Taylor Swift concert and she actually recognized him from when she saw this story on the news, because on the news story he was wearing some Taylor Swift merch. He was invited backstage after the concert and got to meet her. That story is here.

If you’d like to contact Joey and congratulation him on his quick thinking, his email is jgrundlcrew27@gmail.com.

And if you want to get some really cool content on a regular basis, including a photo of Joey when he met Taylor Swift, follow me on Instagram, @whatwasthatlike.