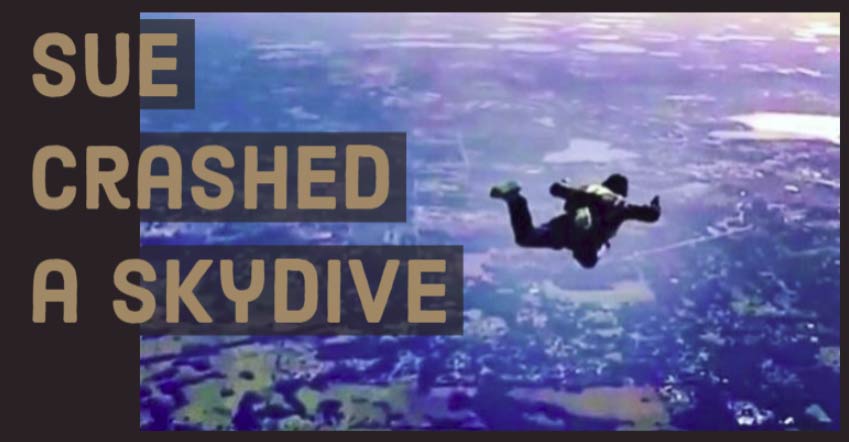 I’ve been friends with Sue for several years, so I know what she’s like. And after you hear the conversation I had with Sue recently, you’ll have a pretty good idea too. I hope you’re ready.

October 24, 2015 – Sue was with her daughter Jessica, who was 14 years old at the time, and her friend Elise. Sue and Elise were skydiving buddies, and they were doing what they often did on a beautiful Saturday morning – they were going to go jump out of a plane. Since she was 14, Jessica wasn’t yet old enough to jump – but she just liked being with her mom and hanging out at the drop zone.

The weather was beautiful, and everything was going fine, until Sue got to about 5000 feet. She tried to make a quick turn just before landing, and things went terribly wrong.

The thing about Sue is, she has a heart full of compassion and love like few people I know. And even though she was on the ground, unable to move, with broken bones and in just excruciating pain, her primary concern was for her daughter – she didn’t want Jessica to see her in pain and be traumatized by that.

Obviously, Sue survived. And wait til you hear what she’s done since then. 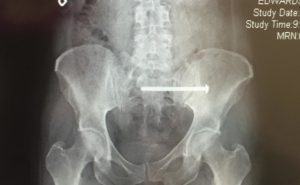 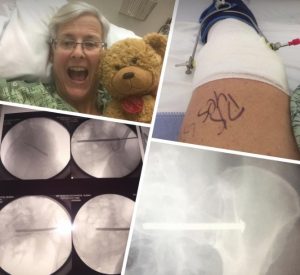 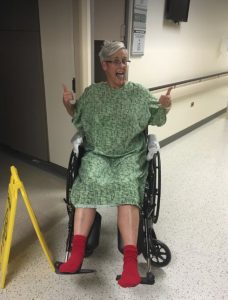 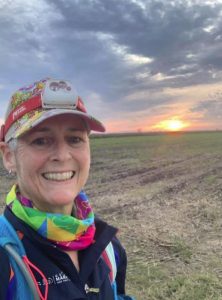