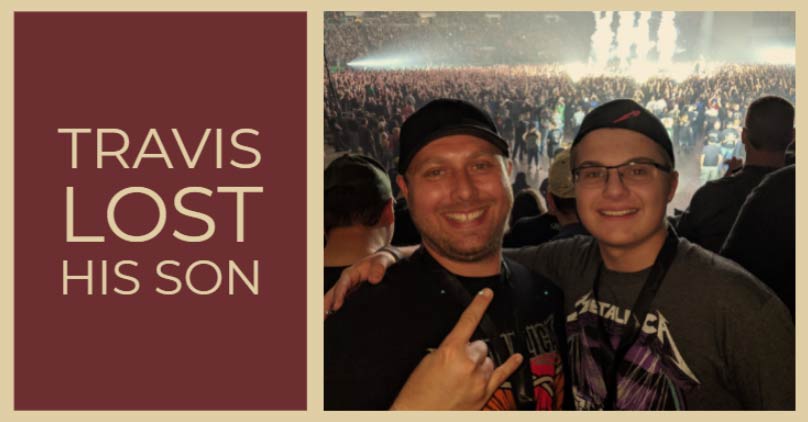 My guest today is Travis. He lives near Bismarck, North Dakota. Travis is a man in pain. You’ll hear it in his voice. He just lost his 16 year old son, Brandon.

Brandon had asthma. That in itself is not really anything unusual. The CDC says that 1 in 13 people have asthma. Here in the US, that means more than 25 million Americans have it. And it’s actually been increasing for the past 40 years.

Brandon had had asthma for almost his whole life. He knew what it was like and how to deal with it. He always had his inhaler handy for when his breathing felt restricted. On some occasions when it was bad, Travis would take Brandon to the ER for some special treatment. It was just a way of life, something they were all used to.

But one evening it was different. Brandon was at home, and the only other person at home with him was his younger brother, Aaron. Aaron is 14. That night, Brandon’s asthma flared up worse than it ever had before. His inhaler didn’t help, and he ended up unconscious while Aaron performed CPR until the ambulance arrived. Brandon never woke up. But before he passed out, Brandon told Aaron something that Aaron kept secret until he told their dad a few days later. I’ll let Travis tell that part of it.

And when did this all happen? Father’s Day weekend.

At the time I had this conversation with Travis, Brandon had only passed away about 6 weeks earlier. I wondered if it might be too soon. But Travis wanted to tell this story, because he wants other parents to be aware of the limitations of the medical facilities that are near where you live. And he wants everyone to be aware of the importance of being an organ donor. Brandon was able to donate several of his organs, including his heart. And his liver saved the life of a 10 year old girl. That’s the part of this story that Travis hangs on to, knowing that Brandon’s death meant that others were able to have life.

I’m a parent, and this story had an effect on me. If this episode affects you, whether it makes you think about life, or cry, or just give your kids an extra hug, then it’s a success. If you’d like, I invite you to support this podcast by becoming a patron for as little as $1 per month at WhatWasThatLike.com/support.