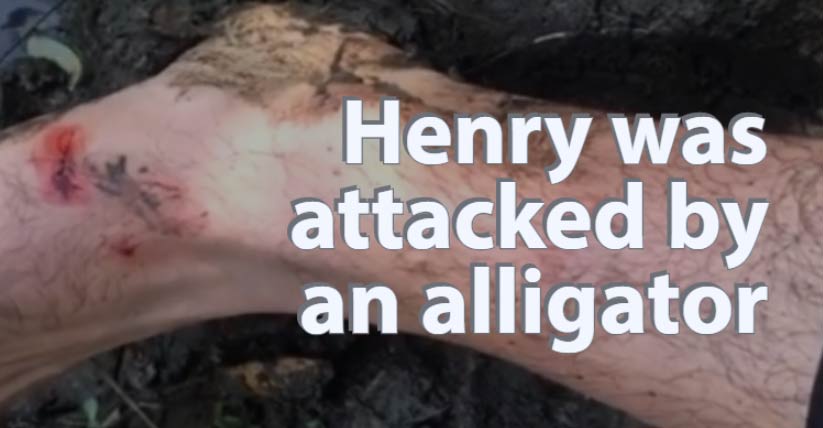 Henry was attacked by an alligator

Henry is an educator in the field of marine science. And as you’ll hear when we’re talking, it’s not just his job. It’s his life work. It’s as much a passion for him as it is a career.

When he goes diving in a river and kind of rummaging around the bottom, he never really knows what he’ll find. What he expects to find mostly are rocks and sand. What he HOPES to find are ancient shark teeth, or even the skeletal remains of prehistoric creatures.

What he did NOT expect to find was a live alligator. But one day he did, and he was lucky enough to live through it and be able to tell us the story today.

Henry’s friend Jake is a popular YouTuber with over 9 million subscribers. Check out his scuba diving/treasure hunting channel here. This is the video that Jake shot that day, after he discovered that Henry had been bitten (Henry’s part starts at around [12:29]):

And I want to say a big thank you to the patrons of this show. If you’d like to join them and support the show, you can do that at WhatWasThatLike.com/support.