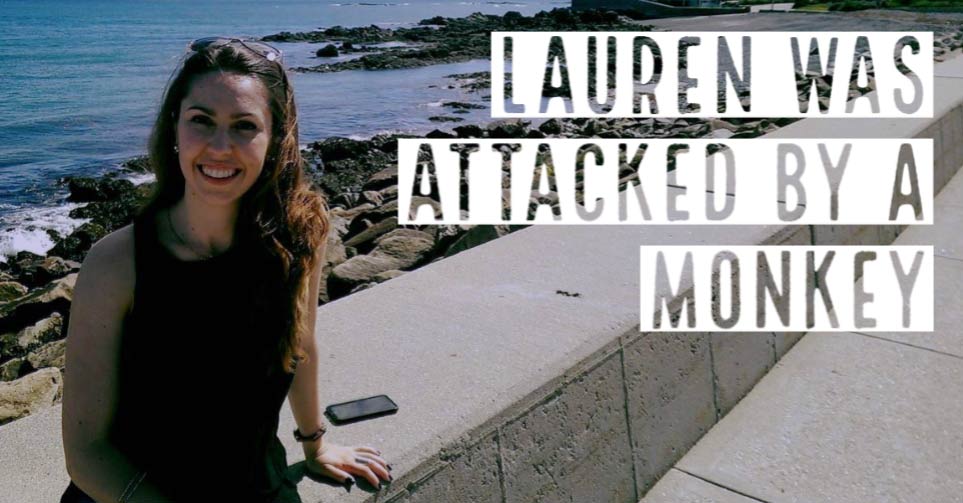 Lauren was attacked by a monkey

Today’s conversation is with Lauren. A few years ago, Lauren worked at a private zoo here in the United States. And one of her jobs was to take care of the monkeys.

But it’s probably not the kind of sound you expect to hear when you think of howling. You know, you kind of think of a dog with that kind of high-pitched noise, that’s kind of charming because it seems like they’re trying to sing. Nope, this is something very different.

Here’s a video to give you an idea of what a howler monkey is like, and the sound they actually make.

Yeah, that’s not a dog. That sounds more like something from The Exorcist. But that’s just what they do.

Part of Lauren’s job was giving the howler monkeys their food and water. But there was one howler in particular that didn’t like Lauren. And one day, he had a brief opportunity to act on it, and he took it.

This experience led Lauren to actually leave her career with animals. She went to graduate school and his now a high school science teacher, teaching Earth Science and Biology. And that knowledge plays a part in the podcast she co-hosts with her fiancé Nick, called Just Na Science. You can check that out at JustNaScience.com.

Right now, What Was That Like is supported only by the listeners. If you like this show, I invite you to join the others who help out with a dollar or a few dollars each month, and you can do that at WhatWasThatLike.com/support.