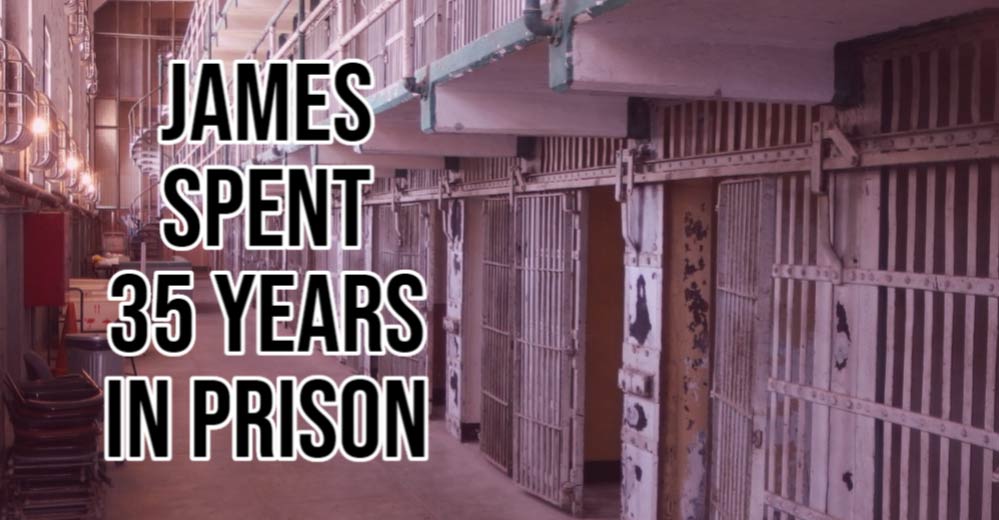 David Tyler lives here in the Tampa Bay area of Florida. David is the person who introduced me to James Bain.

James was arrested at age 19 as a suspect in a horrible crime, which he’ll talk about in the podcast. He was convicted for that crime, and sentenced to prison. He spent 35 years in prison as part of his punishment for that crime.

What’s interesting about this is the story behind WHY James was released. It’s not because he finished his prison sentence, or because he convinced the parole board that he was ready to enter society again. James was released because after he had spent 35 years in prison, DNA evidence cleared him of being connected with the crime. He was innocent.

This is the video of the judge announcing James’ release as a free man, and James answering questions of the press that day:

David Tyler recognized that was James needed now was a friend. They’ve been close friends now for over 10 years. David runs Forgotten Angels, which is a home for young men who have aged out of the foster care system and need some guidance for their life. And James Bain helps with that.

It’s kind of hard for me to even wrap my mind around being out of normal society for 35 years. I mean, that was the mid-1970s. No one had computers, no one had cell phones. Even a lot of televisions being sold then were still just black and white. So you can imagine it was quite a revelation for James when he was released and saw how the world and technology had changed over 35 years.

David introduced me to James a few months ago, at the 10 year anniversary of the day James was released from prison. I asked him if he would like to come on the podcast and tell his story. I hope you enjoy it.