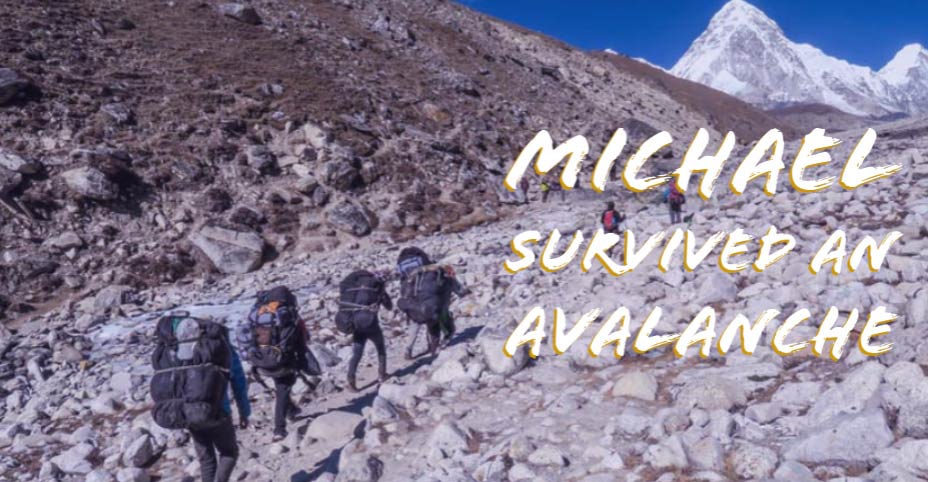 Katmandu, the capital city of Nepal. April 25, 2015. A magnitude 7.8 earthquake struck without warning.

In the end, nearly 9,000 people lost their lives, and close to 22,000 were injured. Entire villages were destroyed, leaving hundreds of thousands homeless.

And not far from the epicenter was Mt Everest. There were a lot of people on the mountain that day, and 19 climbers were killed.

Michael Churton is an adventure filmmaker based out of New York City. He’s done work for National Geographic, NBC, ABC, Discovery, and the Science Channel. He’s been doing this for more than 20 years.

Michael was at Mt Everest Base Camp when the earthquake happened. And he was right in the path of the deadly avalanche that was triggered immediately after. And even though he survived, not all of his teammates came back.

Michael was on the mountain to document an adventure. But what happened that morning has turned that project into a documentary that he’s currently working on, to tell what happened on Mt Everest’s deadliest day on record. This film is called Bound To Everest, and you can see the trailer on his website, which is BoundToEverest.com. I’ll have links to everything in the show notes for this episode.

And if you want to support this podcast, and get exclusive access to bonus episodes, you can do that at WhatWasThatLike.com/support.