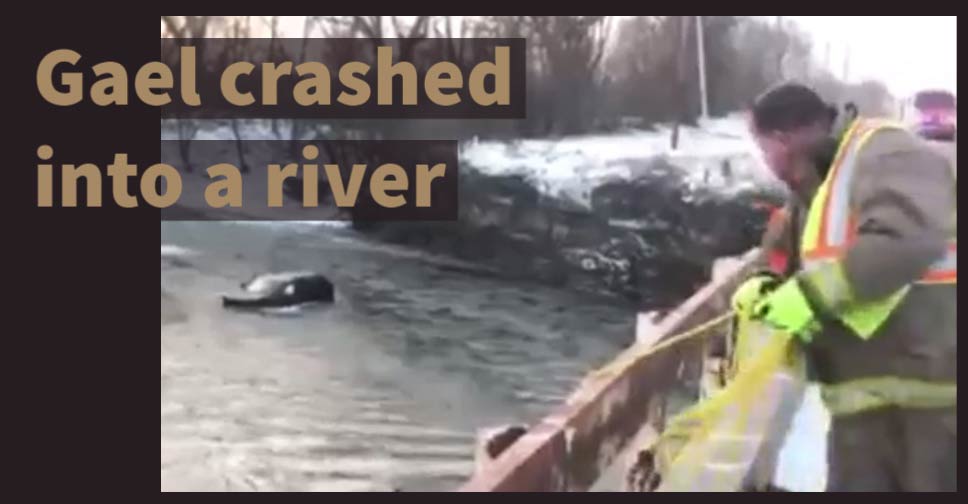 Gael crashed into a river

It gets pretty cold in Mason City, Iowa in the winter. Just ask Gael – he lives there.

Gael is 18 years old. One day last December, on a particularly freezing day, he was on his way to a class. Just a routine day, driving along, and he’s approaching a bridge that goes over a big river.

Except he doesn’t make it to the bridge. Instead, he finds himself in the middle of the river, and the water is rising in the car. And somehow, during the crash, his phone got lost. But a young lady named Siri was still listening.

This episode includes the 911 call that Gael made, while trapped in his car in the river.

A warning about this episode, if you use an iPhone – during the story, Gael will use that lady’s name. You know, the lady in the iPhone whose name starts with “S” and he tells her to call the police. So be aware of this, so that YOUR phone doesn’t hear that instruction and make a phone call to your local police department.

Gael shot a few seconds of video while he was waiting to be rescued:

And after today’s story, we’ll get a sneak preview of Raw Audio 3, as well as some of the reviews that have come in recently.