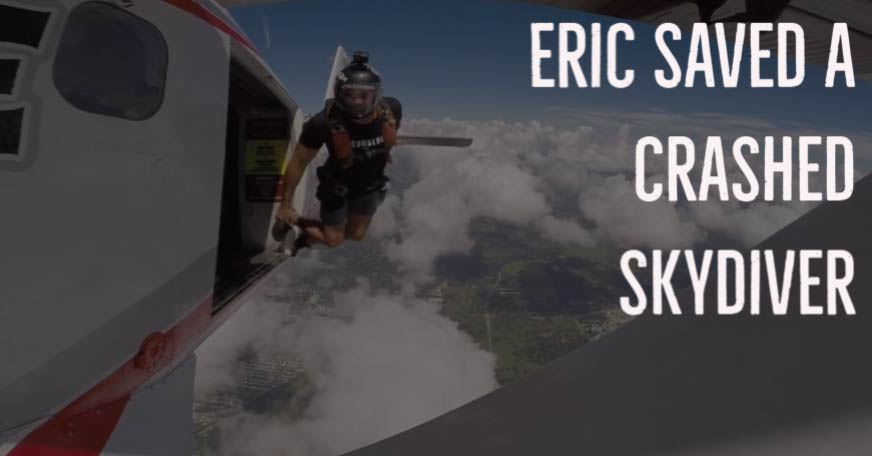 Every sporting activity involves some degree of risk. Risk of injury or even risk of death.

I bike about 10 miles each morning and I’m pretty careful. And I record video with a GoPro mounted on my helmet for every ride, which was inspired by my interview with William, episode 20 of this podcast if you want to check that out. But I know that no matter how careful I am, there is still the small possibility that something could happen. Same with almost anything else – running, playing tennis, swimming, you name it.

But for most people, when you think of the question, “What is the most dangerous sport?”, the answer that comes to mind is skydiving. It just seems like common sense that jumping out of a plane is really dangerous, right? But in reality, just driving a car is a LOT more dangerous. In fact, statistics show that if you decide to go and do a skydive, you’re 24 times more likely to die in a car accident on the way to the drop zone than you are to die while you’re skydiving.

But, the unexpected does happen.

Today we’re going to hear from Eric. Eric lives here in Florida and he and I have known each other for years. We’re mostly connected through the ultrarunning community, even though I don’t think either of us actually runs ultramarathons currently. Eric is an avid skydiver.

Somehow, Eric was able to see what was happening from thousands of yards away. And he ended up saving someone’s life that day.

He also got that whole thing on video: