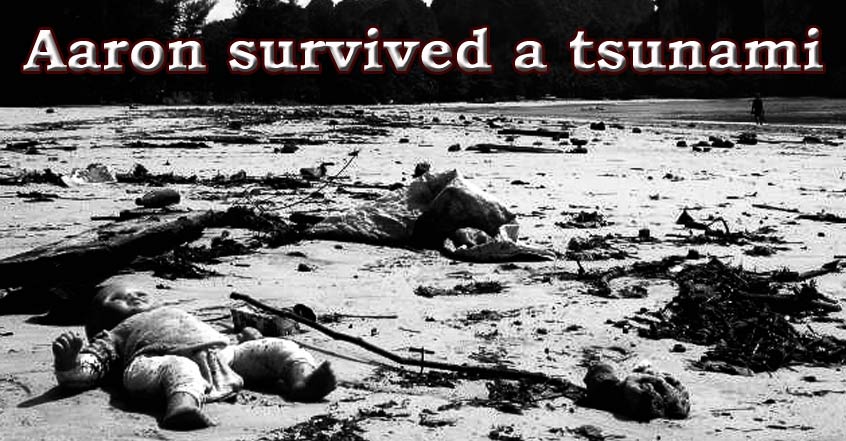 In fact, it’s the third-largest earthquake ever recorded, and it had the longest duration of faulting that has ever been observed – between eight and ten minutes.

But there was something different about this earthquake. It happened underwater. It took place in the Indian Ocean. The epicenter was off the west coast of northern Sumatra, Indonesia. The result of this enormous earthquake happening under the ocean was that it created massive waves of water, up to 100 feet, or about 30 meters, high. These waves arrived without warning. More than 227,000 people woke up that morning and went through their normal routine, not realizing it was their last day to be alive.

I remember when it happened. It was a Sunday, the day after Christmas. Of course it was the leading news story all over the world. I heard how the story unfolded, how the underwater earthquake happened, and the unbelievable numbers as the death toll kept rising. It was an incredible tragedy. But I was in the US, and that horrific scene was on the other side of the world. It didn’t seem real.

But for my guest today, Aaron, that scene was very real.

Also mentioned in this episode: The Impossible, starring Ewan McGregor