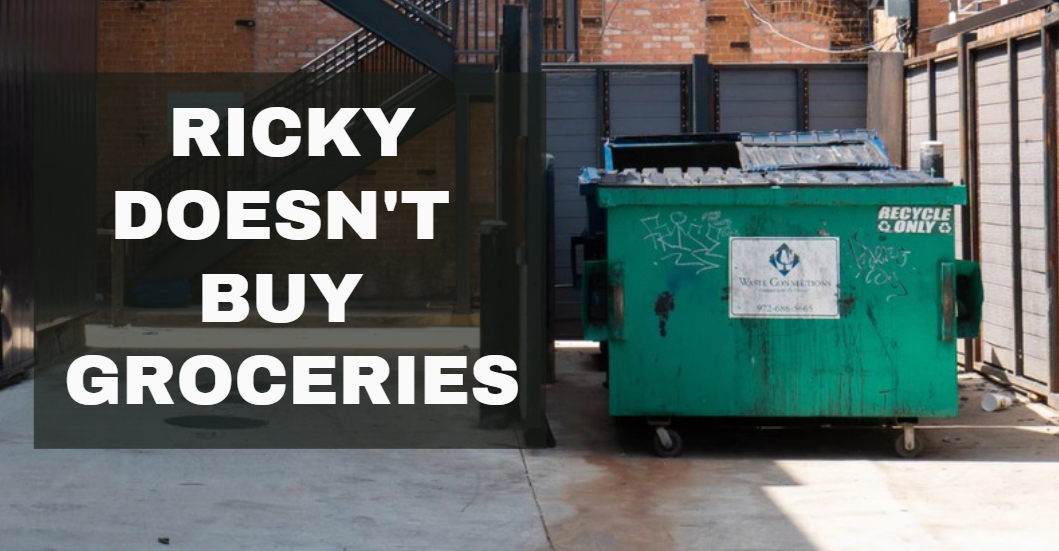 Remember that Seinfeld episode where George is at his girlfriend’s mother’s house, and he sees a partially eaten éclair in the kitchen trash can, and he picks it up and takes a bite?

Of course, someone sees him do it, and he tries to explain, and all sorts of hijinks ensue because that’s the world of TV sitcoms.

My guest on today’s episode, in a way, plays that role in real life. He’s well-educated, fully employed, married, and is certainly able to afford buying groceries. But he doesn’t spend any money on food, since he’s able to get his food for free. And his freezers and pantry are full.

Ricky’s food doesn’t come from inside the grocery story, but rather from the large bin behind the store.

Some of Ricky’s recent finds:

Want to learn more about the unusual subculture and community of dumpster divers, and see what kinds of things they find each day? Check out their subreddit:

This episode is sponsored by Felix Gray Glasses – get the best blue-light glasses on the market at FelixGrayGlasses.com/WHAT.

This episode is sponsored by HelloFresh. Get your 12 free meals from America’s #1 Meal Kit, at HelloFresh.com/WWTL12, and use promo code WWTL12.