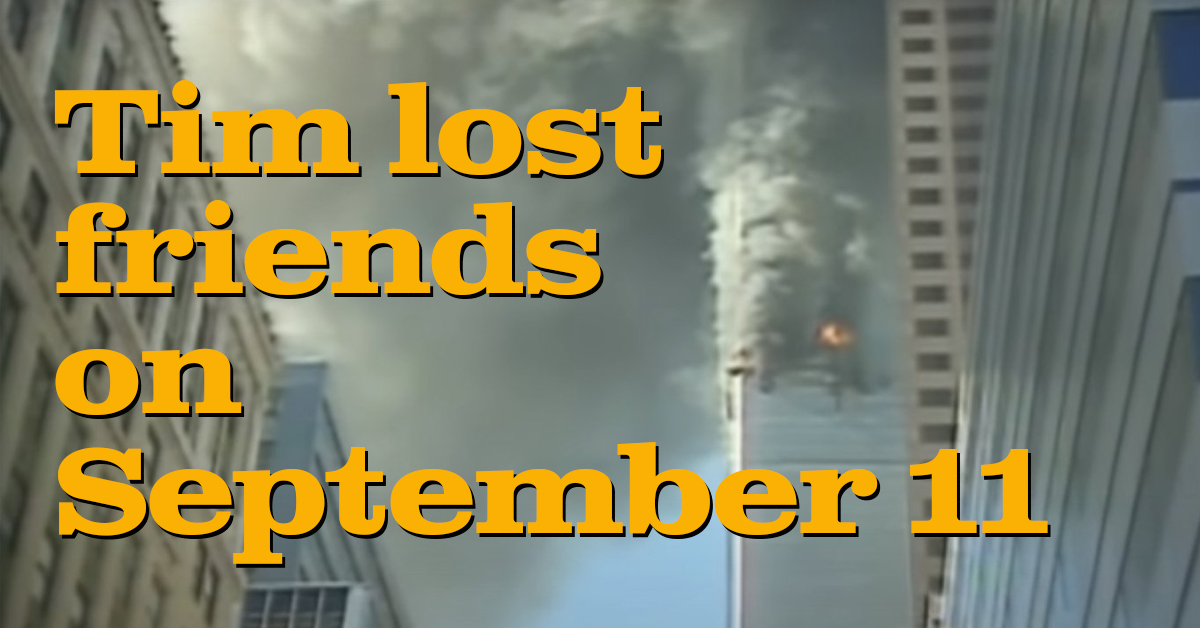 Most adults remember where they were on the morning of Tuesday, September 11, 2001.

In New York City, there were some thunderstorms the night before, but that day, 9/11, had started out beautiful and sunny, with clear skies.

Then people started noticing that some large passenger planes were flying too low.

When the first building was hit, there was confusion. Even the office workers who were in the building didn’t know exactly what had happened, just that there was an explosion and lots of smoke.

The New York metropolitan area is home to the busiest airport system in the United States, with 3 major airports: JFK, Newark, and LaGuardia. On that morning, the air traffic controllers were also communicating about what they were seeing, and trying to figure out what was happening.

On the ground, there were many 911 calls coming in. Firefighters were deployed from stations all over the city, as well as police officers from the NYPD and the Port Authority.

One of the people involved on that day is my guest for this episode, Tim Brown. He was a New York City firefighter for 20 years, and that knowledge and experience lead to a job working in the Mayor’s office. He was specifically equipped to know what to do when any big emergency happened. He was one of the people who were in charge.

But like everyone else on that morning 20 years ago, he had no idea what he was about to experience.

This episode is sponsored by BetterHelp online counseling – get 10% off your first month at BetterHelp.com/WHATWAS

This episode is sponsored by A Life’s Story podcast – available on Apple Podcasts, Spotify, Stitcher and wherever you get your podcasts.