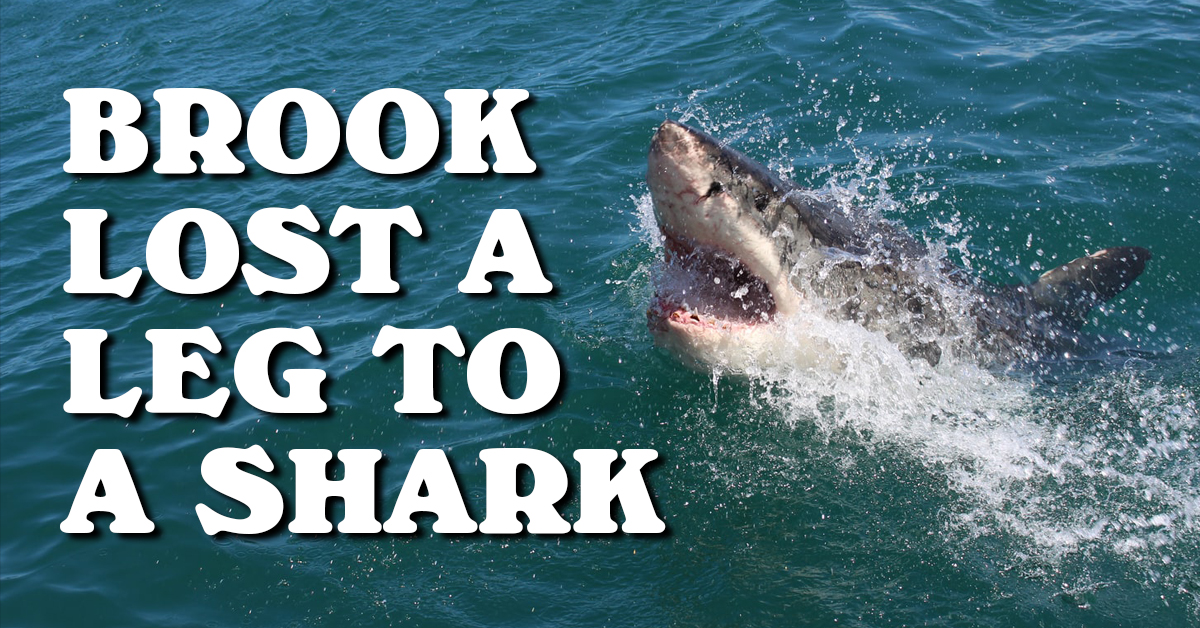 Brook lost a leg to a shark

Few things are scarier than being attacked by a shark.

Australian Mick Fanning was in a professional surfing competition, which was being broadcast live around the world. Viewers watched as a shark approached him and he was quickly rescued by nearby safety crews – the only damage was the leash that connected him to his surfboard had been chewed through.

In 1963, Rodney Fox was competing in a spearfishing tournament. A great white shark attacked and bit him around his midsection, puncturing his diaphragm, crushing his rib cage, and leaving many of his organs exposed. He survived with surgery and around 400 stitches.

One summer on the Jersey Shore, five shark attacks happened in 10 days, resulting in four deaths. That period is often thought to be the inspiration for the classic movie, Jaws.

As scary as it sounds, the reality is that shark attacks are quite rare. In fact, your odds of being attacked by a shark are around 1 in 11 million. Of course, that’s not much comfort if you’re one of the unlucky people to actually experience a violent attack by a shark.

This episode is sponsored by BetterHelp online counseling. Get 10% off your first month by visiting BetterHelp.com/WHATWAS.

This episode is sponsored by StoryWorth. Preserve your loved one’s memories in a keepsake book, and get 10% off your first order at StoryWorth.com/WHAT.