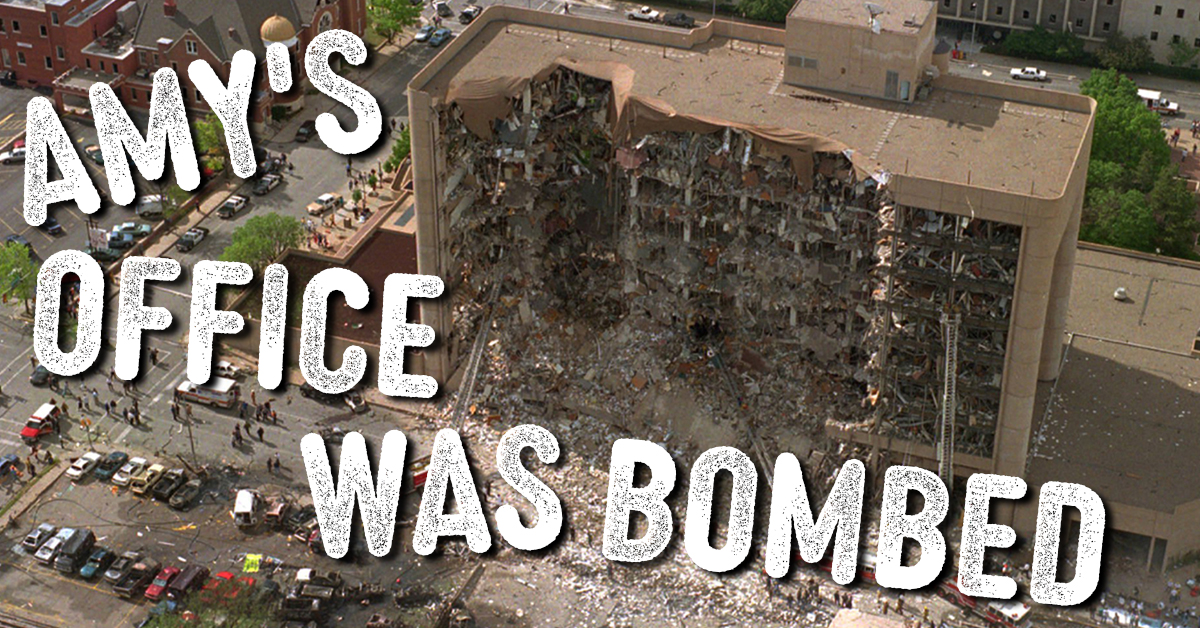 On the morning of April 19, 1995, a former US Army soldier parked a rented Ryder truck in front of the Alfred P Murrah Federal Building, located in downtown Oklahoma City.

Inside the truck was everything he needed to carry out his plan of terrorism and mass murder. He had a large bomb, which he created using agricultural fertilizer and some chemicals, including diesel fuel. After parking the car, he got out and walked toward his getaway car, a yellow Mercury Marquis.

He ignited a timed fuse, and a second fuse as backup.

Inside the building, in one of the office conference rooms, the Oklahoma Water Resources Board had just begun a 9 am meeting when the bomb exploded.

The blast effect was equivalent to over 5000 pounds of TNT, and could be heard and felt 55 miles away. The blast either destroyed or damaged 324 buildings within a 4-block radius. 86 cars were either burned or destroyed, and a large section of the Federal building had been reduced to rubble. News crews were shocked when they first viewed the damage from their helicopter.

Inside the building, 163 people were killed. Additional casualties were one person in the nearby Athenian building, one woman in a parking lot across the street, two people in the Oklahoma Water Resources building, and a rescue worker who was struck on the head by falling debris. In total, 168 people died that day. 19 of those were children. Almost 700 other people were injured.

My guest today, Amy, was in the Federal Building that morning. She worked on the third floor, at the Federal Employees Credit Union.

Amy’s book: Hope is a Verb: My Journey of Impossible Transformation

Amy’s TEDx talk: How Hope Can Change Your Life

This episode is sponsored by the Sleep Meditation for Women podcast – listen to help fall asleep and stay asleep.

Also mentioned in this episode is the School of Podcasting – that’s where you go to launch, grow, and even monetize your podcast.  Go to SchoolofPodcasting.com/what and use the coupon code WHAT to get 20% off either a monthly or yearly membership.