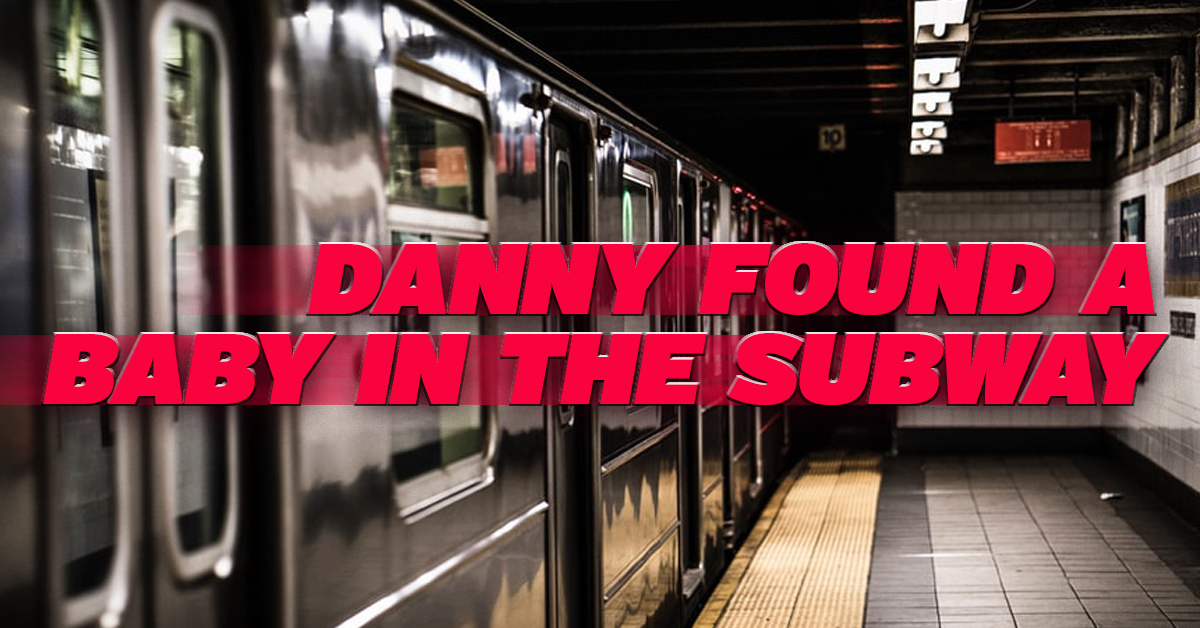 Danny found a baby in the subway

The subway system in New York City is pretty impressive.

It opened in 1904 so it’s one of the oldest subway systems in the world. And it is definitely the largest, with 472 stations. And throughout its history, the subway has offered service 24 hours a day, 7 days a week almost continuously. The exceptions are usually emergencies and disasters, such as 9/11.

You want to take a guess as to how many people ride the subway, on an average weekday? Go ahead, think of a number. Okay, it’s 5.6 million people. Per day!

The subway system can be a little scary sometimes, but most of the time it’s safe. It’s just a large crowd of individual people, each one needing to get from one location to another location. Many of them will have ear buds in, or be engrossed in a book or newspaper, mostly unaware of what’s going on around them.

What you’re gonna hear today is my conversation with Danny. Back when this happened, he lived in New York City with his partner, Pete. In fact, they still live there.

Danny was one of those people on the subway. Head down, in a hurry because he was running late, just wanted to get off the train and up to the street.

But on this day, he happened to notice something on the floor near the stairs.

It was a baby.

This episode is sponsored by BetterHelp online counseling. Get 10% off your first month by visiting BetterHelp.com/WHATWAS.

This episode is sponsored by StoryWorth. Preserve your loved one’s memories in a keepsake book, and get 10% off your first order at StoryWorth.com/WHAT.